My honey's just left for a few days and I'm feeling listless, restless, blue. So I thought I'll just muse about this and that until my eyes feel heavy and my heart feels lighter.

So anyway, I heard that MBC has finally issued a warning of sorts against certain programs on dhitv and dhifm. Well considering the rude language and profanities, I'd say its about time. I know every time someone says its irresponsible and in the wrong to say certain things or make unfounded accusations, those engaging in such acts will defend it as exercising their right to freedom of speech and expression safeguarded in the constitution. But is it enshrined in the constitution that freedom of speech is acceptable even if it violates somebody else's rights? Freedom of speech exists within parameters and borders, I believe, and it is not ok to say anything you feel like about anybody anywhere, just for the sake of a popular sound bite or to promote some selfish political agenda. Freedom of speech does not give anyone permission to slander and defame and pull out  outrageous rumors out of thin air. And this goes to all the parties of all colors.

I feel that we can not solely blame the producers or presenters of these ridiculous programs, even if they are being rather irresponsible by allowing such expletive-ridden dialogue to be aired, and for certain 'liberties' they take in their quite 'creative reporting'. I believe the real root of evil here is the lack of respect. And not just the respect of the people to their leaders, and vice versa, but respect in every spectrum, in every walk of life. It is a sad sad thing. There is no respect, no courtesy, no etiquette whatsoever anywhere, and it shames me to say this. There is no respect for parents, among families and neighbors, for teachers, among colleagues and peers, for strangers or friends, for property or feelings or even life itself. You see it everywhere, this blatant and dismaying lack of respect - from tender aged school kids to professionals in suits, from pedestrians who push past the elderly and pregnant women, to the restless youth zooming on their bikes without a care for traffic rules or the safety of anybody else on the roads or their own (though I've always struggled to grasp the reason for their haste - where could they all be going in such a hurry in this tiny island where you can go anywhere in 15 mins max?). Coming back to the point, I think many of the vices in this society could be attributed to this lack of respect. There is no respect for, or amidst, the law enforcement, the judiciary, the government, the civil society, the media, the general public, just individual to individual. Not to mention the parliament is a zoo, and its broadcast is unfit to be viewed by kids, or anybody of sound mind for that matter... and these are the people we entrust with upholding the constitution and formulating our laws. Right.

Another thing that's bugging me has been all this fuss about not slandering 'dhanna beykalun' or 'ilmuverin'. I've been hearing about it for a week now and it's just gotten sillier and sillier. I dont condone the slander of anyone, but some of the arguments have just made me skeptical. There was one person on a radio program today who said that it was wrong to defame and slander 'ilmuverin' but it was alright to slander politicians. Apparently slandering politicians or other public figures was not such a big issue, but if an 'ilmuveriyeh' was concerned its a big sin. My question is, if some of these 'ilmuverin' also have high political ambitions with political agendas and are leaders of political parties, arent they as much politicians as the next fist-thumping finger-wagging self-righteous and self-promoting politician? And if so should they be given any preferential treatment? Is this like what happens in George Orwell's Animal Farm, "All animals are equal...but some animals are more equal than others"?

There are many respected religious scholars in the country about whom there are no rumors or videos (ahem). So I'm more prone to believe there's no smoke without a fire, and if these scholars want to be active politicians they should not be exempt from any treatment of any other politician who will most likely be up to no good themselves. They are not just scholars anymore, they are politicians. If politicians can be srutinized so can they. If they can't take it, they shouldn't be all over the media making political statements or leading political parties. Besides if they practised what they preached they wouldn't be in this hot mess in the first place would they? Nothing gets more on my nerves than holier than thou hypocrites on moral high horses who go and get exposed for the leches they are and then try to cover up and hide behind the shield of religion. It is a disrespect to religion, and to me, that is the most despicable form of disrespect possible. 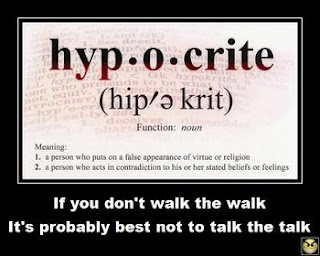 Well now that I've had my warm milk, I'll go lather up the olive oil on my body, and put on my night cream and eye cream and lip balm (moisturize, moisturize, moisturize people - seal it in, all over – and top it off by hydrating the inside as well with lots and lots of water) and go to bed with a smile.